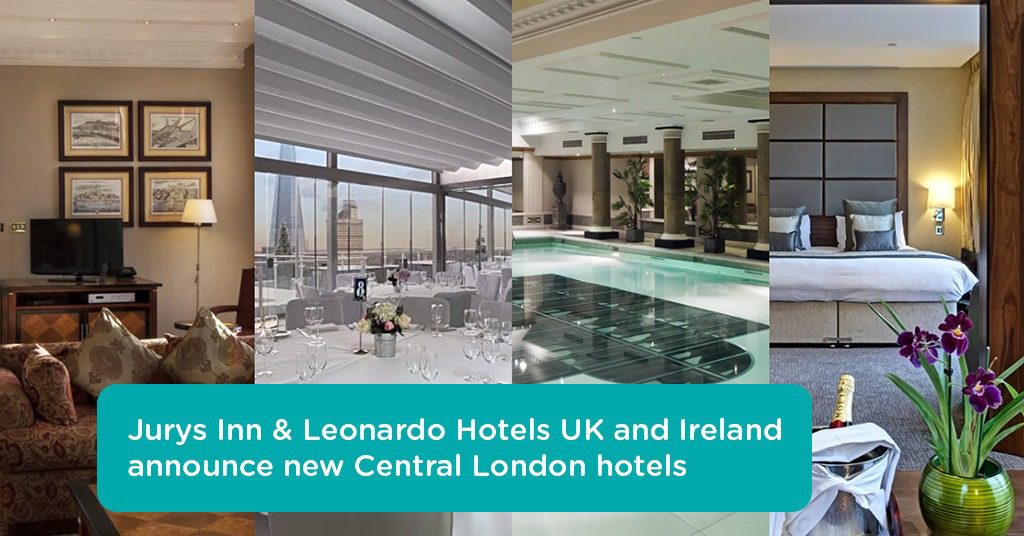 There are exciting times ahead as Jurys Inn, and Leonardo Hotels UK and Ireland recently announced their latest acquisition.

The new hotels, which will all receive an ambitious investment programme with Tower Bridge, St Paul’s and City Hotels becoming Leonardo Royals, and Holborn, following significant investment, becoming the Group’s first NYX Hotel by Leonardo in the UK.

This announcement follows a busy year for Jurys Inn & Leonardo UK & Ireland, as they recently acquired the Grand Harbour Hotel in Southampton, which has been rebranded to Leonardo Royal Hotel Southampton Harbour, and the iconic Midland Hotel Manchester, which represents one of the largest single hotel deals completed last year.

They also acquired a prominent site on Adair Street Manchester, which will be, rebranded as a Leonardo Hotel, there are also plans to extend their existing Jurys Inn Edinburgh and develop an NYX Hotel by Leonardo on the adjacent site.

For more information on booking one of the new central London hotels, or any others from the Jurys Inn & Leonardo Hotel Group, please contact your nominated Clarity branch or get in touch with the Clarity sales team: