The future is, as it always has been, being there 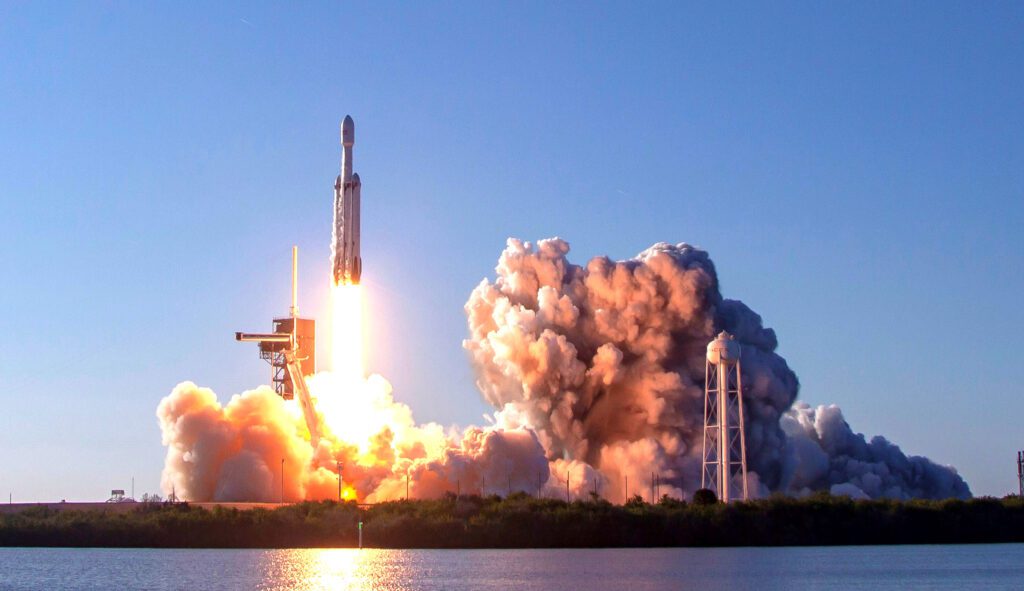 Amidst a tidal wave of bad news wherever we look, there was one incredibly positive, life affirming moment. The Space X rocket launch marked a first in commercial space flight. The very first privately funded manned mission to space.

Watching at home with my two young boys, the wonder and excitement in their eyes was something to behold. After watching the incredible launch, perhaps the most incredible part being the landing of the booster rocket on the drone ship (wow!), they spent the following day playing spacemen in the garden. At times like this, as a parent, it’s wonderful to see hopes and dreams ignited like this.

Perhaps more practically, it also got me thinking about the business travel and events industries and where things are going. When the world has almost entirely pressed the pause button on business travel, this has to be the ultimate business trip.

Some may say that we don’t need to send people to space. We can just send computers and instruments to conduct experiments can’t we? Well I’m not going to get into that one, I don’t know enough about it to begin to work that one out, however; for more than half a century we have been. It looks like we will continue to do it too.

It leads me nicely to the subject of business travel and the rather simplistic notion that now we’re all video conferencing due to lockdown, we won’t need to travel for business anymore. Now I’m not saying it won’t be a factor, it will. We’ve embraced video calling so much over the last few weeks in our business that a voice call is a strange novelty by comparison. Video conferencing, used correctly, will replace those irritating instances where you travel all day for a face to face internal meeting and then wonder why you did it. The way we work together will change forever, it really will.

But to say that the video call is the death of business travel and events is very far wide of the mark. It misunderstands why people travel on business and what people and businesses get from it.

Let’s look at the internal meeting first. Businesses spend huge amounts of money bringing people together. In many cases the cost of this can be hidden from view. It becomes the norm for people to hop on a train or in the car, sometimes add an overnight hotel on, just to meet with colleagues. Like any business we do it here too. Furthermore, once a year we get the whole business together for our annual conference and awards, bringing people together from all over the country and beyond. It forms a huge part of our engagement strategy, it’s important, but it’s also the most enjoyable couple of days just being together, learning and having fun.

Building engagement, belonging and a sense of team is a huge challenge virtually. Virtual meetings are also exhausting, with no real feedback or ability to gauge a room. Video conferencing can replace a huge number of internal meetings, but if it takes a pandemic to figure that one out, perhaps you’re behind the curve. When we do bring people together the focus should absolutely be on getting maximum return from it. Perhaps it’s less often, but it is higher quality time. Embracing virtual, making it a part of your internal meetings strategy is an essential part of any re-start plan. Build it in to your travel booking process, ask the question, dissuade that trip where it doesn’t make sense. When you do meet face to face, make it worth everyone’s while.

I’ve said many times that the traditional view of a business traveller is the mother of all cliches. The middle aged, sharp-suited executive, laptop open, travelling in first or business class. Sure, that’s some of the story, but millions of people travel for business and the types of jobs they do are incredibly diverse. From Construction to Retail, Charities and NGOs to Elite Sports, Public Sector to Education and many more industries beyond that, people travel to physically do things. They’re from all pay grades and travel in all classes staying at all grades of hotel. Many of them have been furloughed for the past few weeks and when their business gets back to normal they’ll need to travel again. To do things.

It will be argued that some things can be done virtually. They can, and as I’ve said, they often should be. What happens in practice will be interesting. Will you lose a pitch for a piece of business because you weren’t there in person and your competition were? Will you fail to read the room on a zoom?

Virtual conferences and seminars are everywhere at the moment. I’ve seen them done really well and seen them done badly. We offer them through our events business (the great ones of course), but the prospect of every conference having the good bits removed forever more fills me with dread. The networking and socialising aspects are so important. Without it, conferences could get rather dull. We don’t do dull here (because we’re brighter).

People need to see people. It’s important. Further proof over the weekend came in the form of a group of teenagers outside my local co-op store. There must have been 20 of them. Yeah they were feral, obnoxious, rude, IN THE WAY. At first I was annoyed by them but then reflected as I walked home. This is a generation who are supposed to be so insular and buried in technology, that they apparently don’t interact with each other like normal human beings. In actual fact, annoying though they were, they were just delighted to see each other. It was better than snapchatting.

On to the future. Some of you know that I’m a bit of a Trekkie. Not the type to go to conventions dressed as a Klingon of course (another reason to travel), but I love watching Star Trek. When you watch it, even the old ones, they have technology that has become reality. Things like touchpads people walk around with analysing data for example. Perhaps, particular to our time, medical tricorders that analyse people’s vital signs just by scanning them, sort of like the infra-red thermometer. Some of this stuff comes true.

Now imagine you could transport yourself anywhere using a transporter beam. They have that in the future (well in Star Trek they do!). Curious thing, they also have hologram video calling (now given the latest Zoom valuations you could be forgiven for thinking they have that now!), but, when they need to solve a difficult problem and speak to someone about it, they transport. They don’t get on a hologram call. Perhaps it’s deep within our very nature that we need to be in the same room sometimes.

So, there we have it, there will be less business travel, but it’ll be there when it’s needed. Because, if you’re staring down on our planet from miles up in orbit, building something, making a deal, on an intergalactic mission, or inhaling hippy crack outside the local shop with your mates, there really is no substitute for being there!

For more information about how Clarity is adapting to the future of business travel, download our 10 step to restarting your travel and events programme.

Licensed by the Commission for Aviation Regulation, TA 0699
Copyright © 2020 Clarity - The Business Travel Experts
We use cookies on our website to give you the most relevant experience by remembering your preferences and repeat visits. You can select which cookies you accept with the options here.
Customise cookie settingsAccept all cookies
Manage consent

This website uses cookies to improve your experience while you navigate through the website. Out of these, the cookies that are categorized as necessary are stored on your browser as they are essential for the working of basic functionalities of the website. We also use third-party cookies that help us analyze and understand how you use this website. These cookies will be stored in your browser only with your consent. You also have the option to opt-out of these cookies. But opting out of some of these cookies may affect your browsing experience.
Necessary Always Enabled

Performance cookies are used to understand and analyze the key performance indexes of the website which helps in delivering a better user experience for the visitors.

Analytical cookies are used to understand how visitors interact with the website. These cookies help provide information on metrics the number of visitors, bounce rate, traffic source, etc.

Advertisement cookies are used to provide visitors with relevant ads and marketing campaigns. These cookies track visitors across websites and collect information to provide customized ads.

Other uncategorized cookies are those that are being analyzed and have not been classified into a category as yet.

SAVE & ACCEPT
Powered by